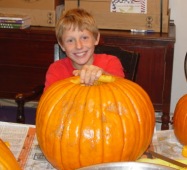 Does anyone remember URL targeting, in which through a “normal” media buy, an advertiser was able to hijack a person trying to go to one site and navigate them to another?   This was legal, as was Gator  — another popular ad-supported media machine that eventually went away for similar, deceptive reasons.

There is some tremendously illegal and egregious internet activity in 2014 that deserves the attention of the serious security people trying to catch it and shut it down.  Not nearly as serious but annoying nonetheless is the legal, albeit black hat activity, that happens occasionally with online retail.

On the eve of “Holiday” (Christmas, not Halloween), let’s consider for a moment how the gloves come off by many affiliates and retailers on the biggest online shopping day of the year — Cyber Monday. Some affiliate marketers who abide by the rules for much of the year clearly know how much money they can make on that one day so dive in and advertise on formats that they are not allowed to.  By the time they are caught, they have already made their small fortune and have disappeared into the cold winter night.  But it’s not just affiliates: retailers and brands who you never normally see bidding on competitors’ brand terms because they either fundamentally believe it’s wrong or have gentleman’s agreements not to suddenly appear en masse on Cyber Monday.

It is possible (in the case of the retailers) that their ads are showing on a competitor’s trademark term because of a broad match situation, but one would think that these sophisticated online retailers would have added their competitors’ trademark terms as negatives to their paid search campaigns long before.  If so, it would appear that, like affiliates, good behavior may have been put aside on Cyber Monday for the same reason: make as much money as possible on the single, biggest online shopping day of the year.

In a word, lucrative mischief.  Boo!